Filling much the same role as their Gallian counterparts, Imperial scouts are issued with ZM Kar rifles and outfitted in light plate armor.

Shocktrooper Elite are distinguishable by their black uniforms and are also armed with barrel mounted flame throwers.

Imperial lancers wore more armor than their Gallian counterparts, with a design that hearkens back to medieval times. Acting as a support for Imperial squads, the Empires lancers were able to neutralize enemy armor and provide heavy fire support for infantry.

Imperial Snipers were sharpshooters attached to various Autocratic East Europan Imperial Alliance infantry units during the Second Europan War. They were deployed during battles in order to neutralize enemy officers, as well as regular infantry if the opportunity presented itself. Using the ZM SG manual action rifle, Imperial snipers were able to achieve a higher rate of accuracy than most soldiers during the war. 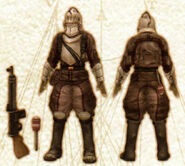 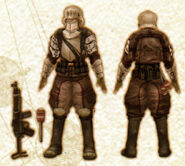 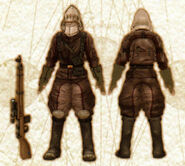 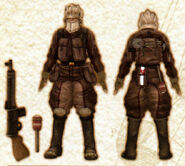 Engineer
Add a photo to this gallery

Retrieved from "https://valkyria.fandom.com/wiki/Imperial_Units_(VC1)?oldid=78059"
Community content is available under CC-BY-SA unless otherwise noted.